How to setup and use SSH keys on linux

Knowledgebase > Security > How to setup and use SSH keys on linux 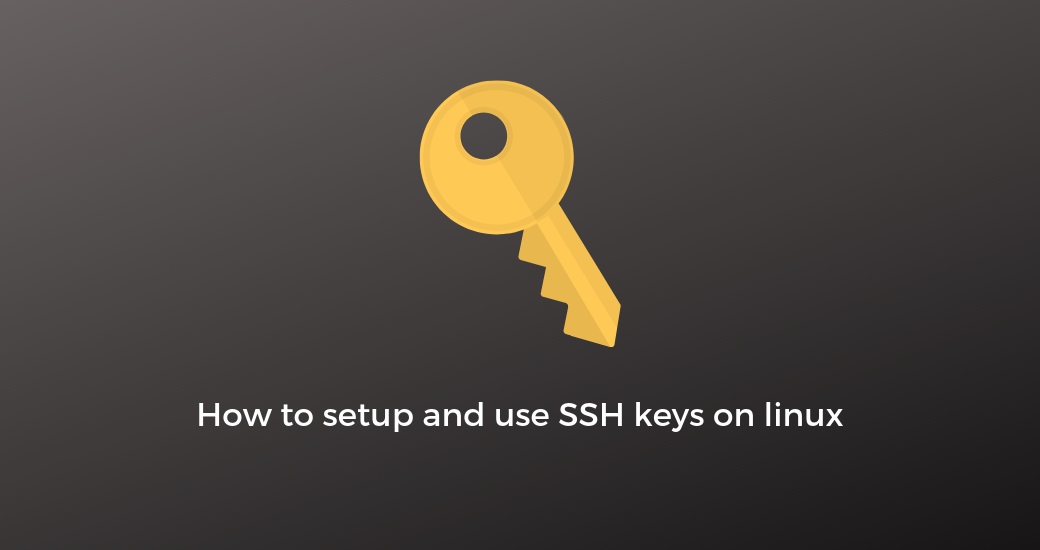 With SSH Keys, SSH (Secure Shell) provide a more secured solution to login on your server than password authentification, because SSH keys are almost impossible to crack with brute-force attacks (consists to try each possible password). It’s also a way to make SSH connections easier, and it provide the ability to give an SSH access to somebody without having to share a password.

We talk about “SSH Keys” because it’s a matching pair of cryptographic keys (public and private). The public key need to be added on the remote server, and when you will launch your ssh connection, it will check if the public and the private key match, if not, you will be prompt for a password or disconnected if password authentification isn’t allowed.

To generate ssh keys, we will use the openssh built-in tool ssh-keygen. By default the command ssh-keygen will generate an RSA 2048 bits private-key, but you can also generate ECDSA or ED25519 ssh keys which provide a better encryption, with shorter public keys using the Elliptic curves algorithm.

Install your public key on a remote server

If password authentification is allowed on your second server, you can use the command ssh-copy-id to automatically install your ssh public key from the first server :

Otherwise, you just have to copy the first server public key and to add it in the file .ssh/authorized_keys on the new server.
To display the public key, you can use the command :

On new-vps, create the folder .ssh in your user home directory if it doesn’t exist yet with mkdir $HOME/.ssh before adding your public key. You can add it using echo like in the following example :

You should now be able to login on your server with the command :

If you managed to login successfully on your server using ssh-keys, disabling password authentication is a good way to harden security on your server.
To do so, you just need to edit the file /etc/ssh/sshd_config and to make sure the following settings are set :

Then restart ssh service to apply changes.
If you want to harden your ssh server security, you can use our recommended configuration available on Github